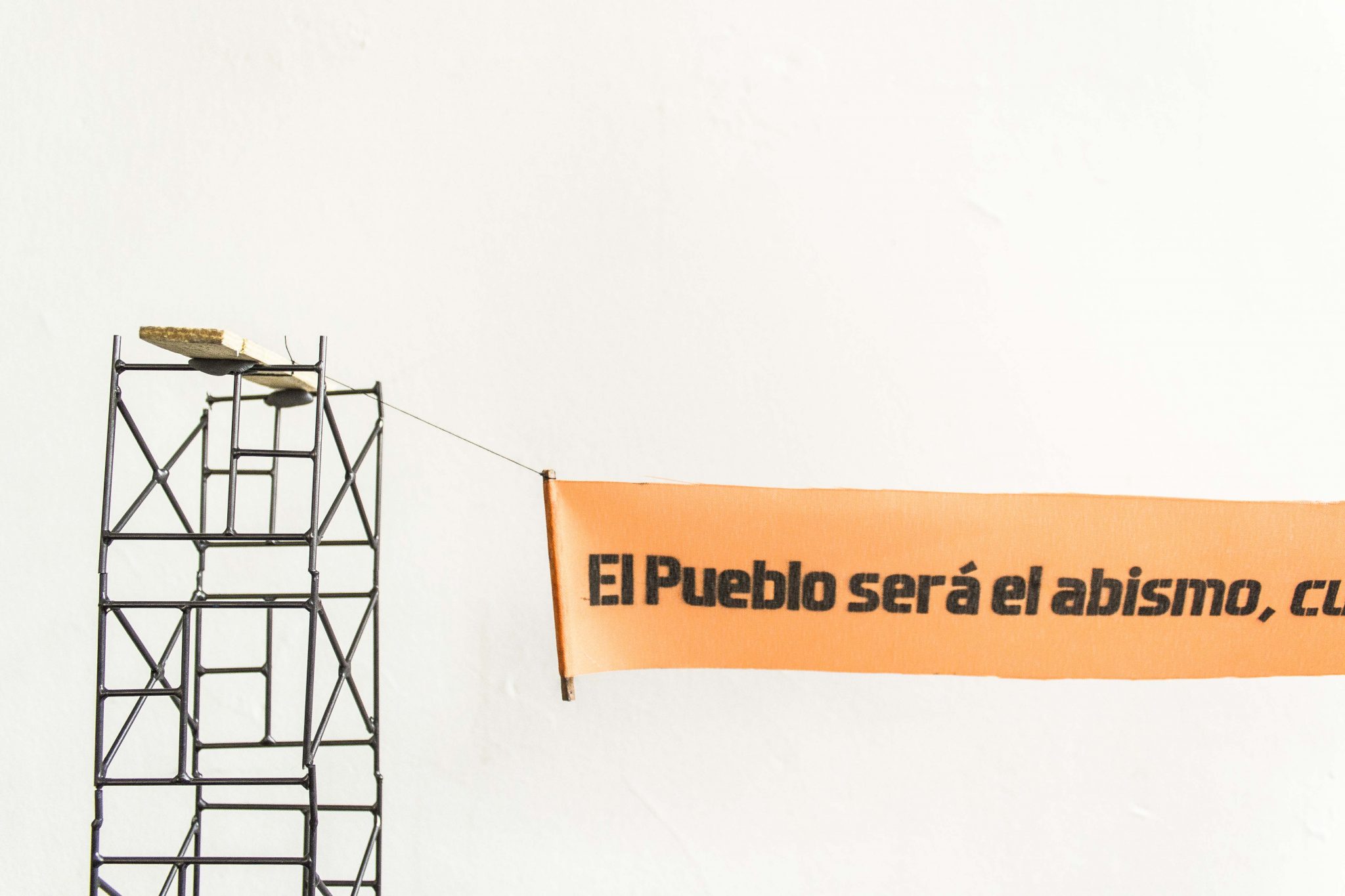 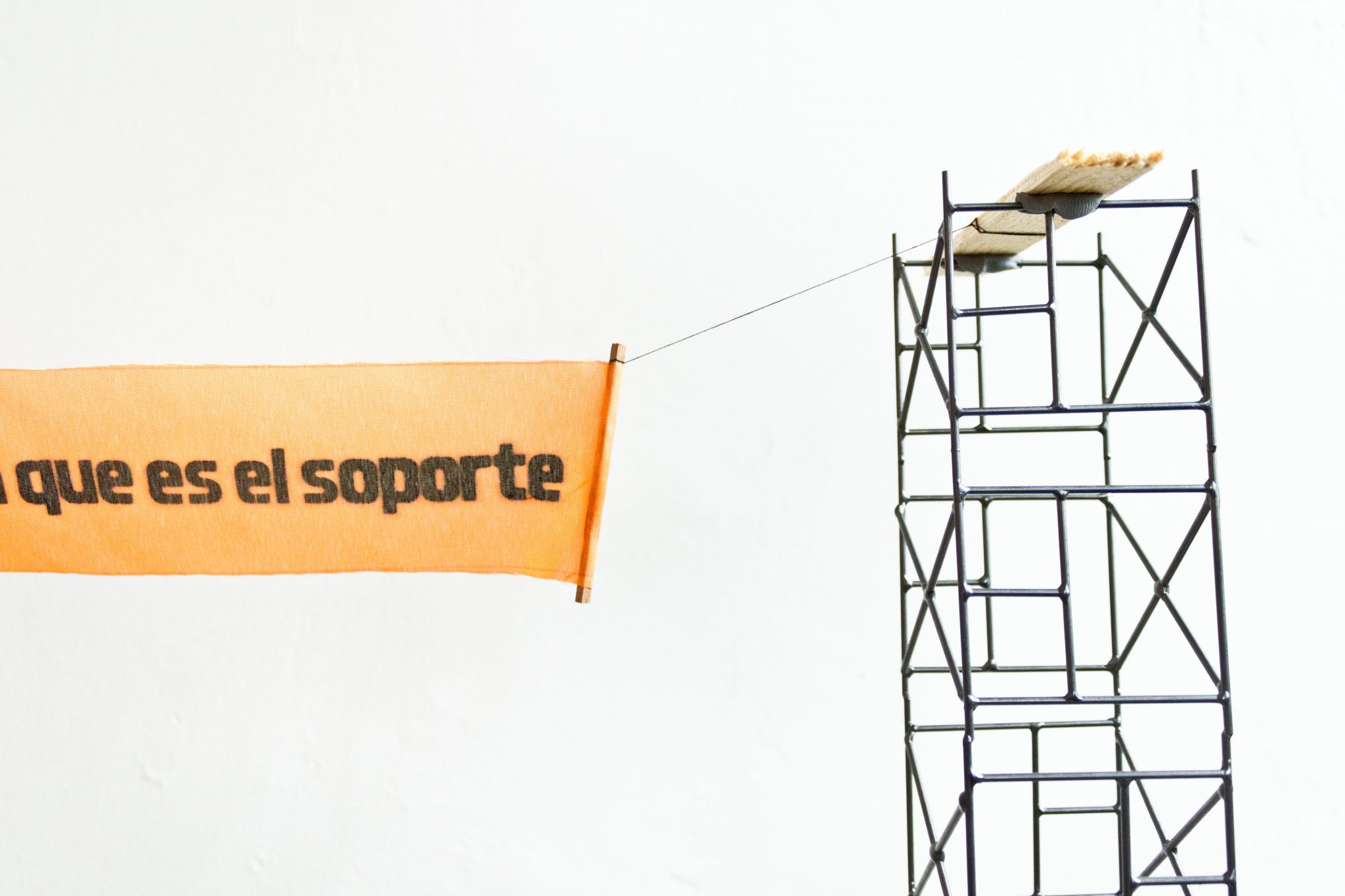 The people will be the abyss, when it understands that it is the support

The central element is a banner of a bright fluorescent color, with the phrase “The people will be the abyss, when it understands that it is the support”, it taken down from two scaffolds made in graphite mine. The phrase alludes to a nation of unstable bases, that has been exempted from the duty to be a political actor, leaves their destiny in the hands of the worst people. So, when understand that is who gives this power of govern, will be the abyss of those evils that plague it.